In the Production Order View, the production orders are displayed categorized by their status.

The elements of the Production Order View in detail

Each operation of a Production Order is represented by a bar the color of which depending of the order's category during work times and a few shadings brighter during non-working times (also see below "Calendar").

The colors of the bars depend on the status the production order is categorized by since the categories are indicated by different colors: 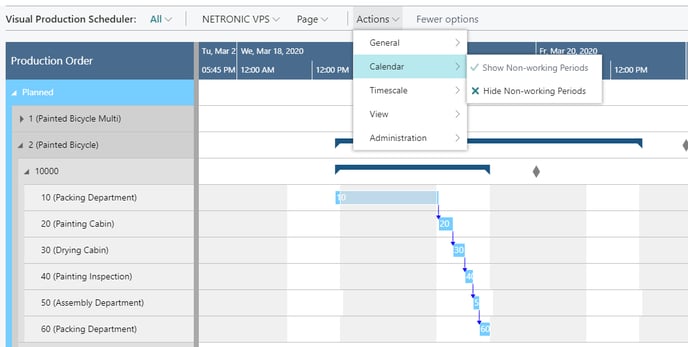 A vertical line in the chart indicates the workdate as having been set in Dynamics 365 Business Central. 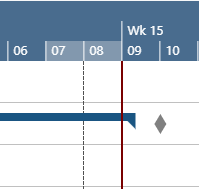 The due date of a production order is represented in the VPS by a diamond-shaped symbol, turning red, when the due date is exceeded. 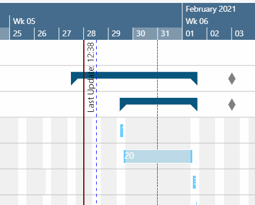